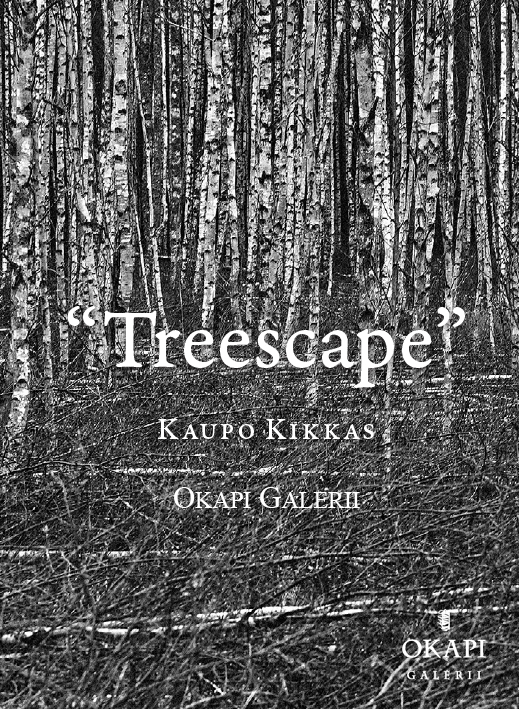 “Treescape”
For years I have been looking for a way to represent trees. Trees, which are usually only defined by a
mere biological classifier. Trees, which are the most obvious part of the space surrounding us that we
take for granted. However I still feel that there is much more to trees.
When attempting to describe that feeling, I discovered that there are no words for it. There simply
arn’t and that’s it. Thus I have been trying to say it with a camera for years now. Giving my thoughts
freedom and hoping that my eyes and hands can do more with a camera than the rigid lexicology we
have been taught.
I am not a tree hugger, an esoteric or particularly religious, but when I’m standing in the forest, I always
get this undefinable feeling and desire to describe it. I have been aided a lot by the writings of Herman
Hesse and Valdur Mikita, or perhaps not the texts themselves but the authors’ desire to describe a
feeling that cannot be described.
Old, wind worn grey planks of wood have caught my eye as far as I can remember, I have always
admired old houses and fishing sheds with great love. Even though the tree which has become a
structure, has been dead for hundreds of years, I see a story in the cracked and patterned plank that
has lasted for more than a generation.
I have also used such wood in my work – in the first hundred years the tree matured, the next hundred
years it spent as a part of a wall and now that the building has decayed and nature has taken over again,
I picked up the old wood and gave it a role in my own story.
In order to stress what is important and to remove as much of the natural environment from the
picture as possible, I have chosen the classical black and white medium. The pictures have a lot of
texture and patterned dynamics accompanied with several double exposures.
“Treescape” consists of 15 pictures of varied format which are available in numbered original editions.
In addition to those, facemount acrylic miniatures of the works are also available.